Premise: Action-adventure meets puzzle in a world without light. The shadow realm has invaded and infected the world with a sinewy darkness, eliminating all light. The only hope now rests with a young abbess who must take a runic torch with a magical flame to a lighthouse; which will banish the darkness to whence it came. However, the creatures of the shadow realm are trying to stop her progress at every turn and will do whatever it takes to prevent her from getting to the lighthouse.

The capstone project for grad school, Scarfell’s idea came about when the team wanted something more fantasy-based, but not seeking to relive the typical fantasy tropes. This lead us to agree that we were more interested in making the game stand out. As such, brainstorming sessions lead to design decisions like a female lead character, communicating info to the player without UI, and designing enemy behaviors unique to the metrics of each individual player. 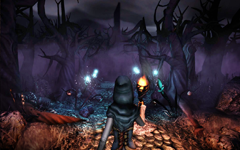 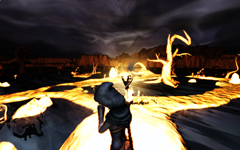 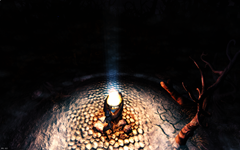 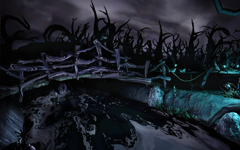 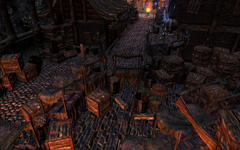