A randomizer is taking a retro game (The Legend of Zelda, Final Fantasy, etc.), and shuffling around locations, items, and powers to create a new experience. Using a pre-determined seed, the randomized game generates a specific, consistent game. It has become popular over the last two years for Twitch streamers to race randomized versions of these games.

I play the Final Fantasy Randomizer often. To supplement myself as well as these racers, I built a “tracker”. A tracker in this context is a  lightweight program to keep track of items and progress. This is important as running a game multiple times often creates doubt and confusion as to whether or not a racer has picked up an item, visited a location, or some other progression-based task. The tracker serves as a record.

I did not know Game Maker before starting, and picked it up in less than a month. While not a very powerful program, it is ideal for building rapid prototypes. It was the perfect platform to build a simple application designed for tracking progress. It was designed to be simple to use, with iconography that easily displays information to viewers as well as the runner. 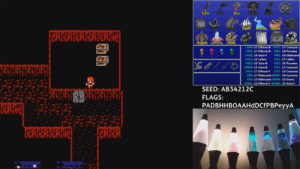 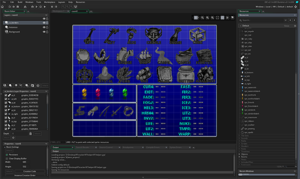 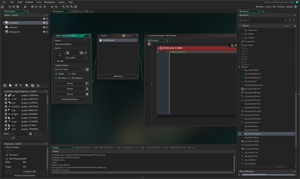